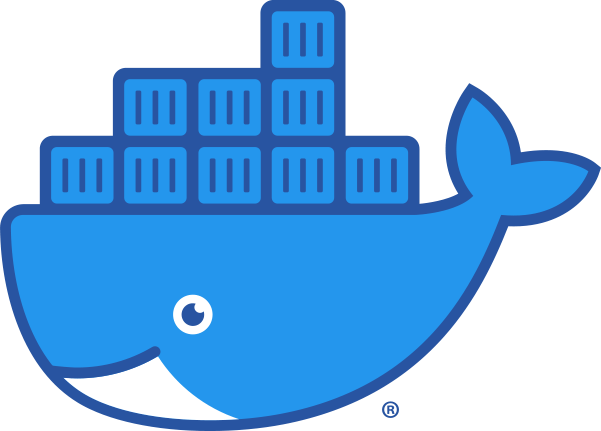 Docker is an open-source technology commonly utilized by software businesses to accelerate application delivery. It is an alternative to virtual machines that allows you to run multiple operating systems on the same computer. In this essay, I will explain Docker, the difference between it and a virtual machine, and the benefits of adopting Docker.

Consider running several apps on your operating system that use separate frameworks; each application has its own libraries and versions that allow it to function effectively. You may use Docker to construct a container for each application, bundle it, and execute it in any environment without worrying about dependencies.

Docker is a technology for creating isolated environments called containers in order to consistently build, test, execute, and ship programs. It simplifies the deployment, scaling, and operation of your apps in any environment.

A virtual machine is a physical hardware-based virtual environment that works as a separate computing system with its own storage, CPU, memory, and so on. Many operating systems are built on a single host machine via virtualization, resulting in inconsistent performance, a lengthy boot procedure, and inefficiency similar to the host OS.

When utilizing Docker, you'll come across the following tools and terminology:

A DockerFile is a text file containing instructions for creating a Docker image. A Dockerfile defines the operating system that will execute the container, as well as the languages, environmental variables, file locations, network ports, and other components required—as well as what the container will perform once we run it.

Docker images contain executable application source code as well as all of the tools, libraries, and dependencies required for the application code to execute as a container. When you run the Docker image, it creates one instance (or multiple instances) of the container.

Docker Hub, the "world's largest library and community for container images," is a public repository of Docker images. It contains approximately 100,000 container images from commercial software manufacturers, open-source initiatives, and individual developers. It contains images created by Docker, Inc., certified images from the Docker Trusted Registry, and many thousands of other images. Docker Hub users can freely share their images. They can also obtain premade base images to use as the foundation for any containerization project.

Docker Daemon is a background service that runs on the host and oversees the creation, execution, and distribution of Docker containers. The daemon is the process that runs in the operating system and allows clients to communicate.

Docker Engine is a client-server program that facilitates the processes and procedures associated with developing, shipping, and running container-based applications. The engine launches a daemon process on the server that hosts images, containers, networks, and storage volumes.

Docker Images are stored in the Docker Registry. The Registry can be a user's private repository or a public repository, such as a Docker Hub, that allows several users to participate on the development of an application. Even within the same enterprise, multiple teams can interchange or share containers by uploading them to the Docker Hub, a cloud repository comparable to GitHub.

Docker-compose is a command that allows you to run several containers as a single service. It accomplishes this by executing each container in isolation while allowing them to interact with one another.

Docker swarm is a container service that allows IT administrators and developers to establish and manage a swarm node cluster within the Docker platform. Each Docker swarm node is a Docker daemon, and all Docker daemons communicate using the Docker API. A swarm is made up of two types of nodes: manager nodes and worker nodes. A manager node is in charge of cluster administration tasks. Worker nodes receive and carry out tasks assigned by the manager node.

Docker is a fantastic tool for both developers and system administrators. It can be used at many stages of the DevOps cycle and for rapid application deployment. It enables developers to create an application and package it with all of its dependencies into a Docker run container that can be launched in any environment.

Using Docker, we can efficiently construct an application and its supporting components. These containers are lightweight and can run directly within the kernel of the host machine. As a result, it is possible to operate many containers on a single piece of hardware.

It provides a loosely separated environment that is secure enough to execute numerous containers on a single host at the same time.

Any unforeseen condition or situation might halt the software development lifecycle and have a severe impact on the business organization. It can, however, be alleviated with Docker. Docker provides the ability to easily replicate a file or Docker image to new hardware and retrieve it later if there are any problems. In the event of a feature or version rollback, Docker can be used to swiftly revert to the previous version of the Docker image.

Docker speeds up the development, testing, and deployment of apps. A software development life cycle is lengthy since it comprises testing, making necessary modifications, identifying issues, and deploying the software to see the final results. Docker enables developers to identify defects during the development process so that they can be corrected in the development environment and redeployed for testing and validation.

These are tha basic theories that you need to know about docker.

EKS : migrate your Service to a Network Load Balancer

Once suspended, kithminiii will not be able to comment or publish posts until their suspension is removed.

Once unsuspended, kithminiii will be able to comment and publish posts again.

Once unpublished, all posts by kithminiii will become hidden and only accessible to themselves.

If kithminiii is not suspended, they can still re-publish their posts from their dashboard.

Once unpublished, this post will become invisible to the public and only accessible to Kithmini.

Thanks for keeping The Ops Community ⚙️ safe. Here is what you can do to flag kithminiii:

Unflagging kithminiii will restore default visibility to their posts.