The Ops Community ⚙️ is a community of 1,539 amazing developers

In this post we are going to look how to build multi-stage container image with React.js and Nginx. React.js is a free and open-source front-end JavaScript library for building user interfaces based on UI components and Nginx is a web server that can also be used as a reverse proxy, load balancer, mail proxy and HTTP cache but we are going to use as web server for the react.js web app

You can now view react-demo in the browser using below localhost link.

That's it you have created your first simple react app.

Note: Now we are running react app as development server in local dev environment. If you want to run the same app in production use this npm run build command instead of npm start to generate the build file react app.

A Dockerfile is a text document that contains all the commands to create an container image. Using docker build . command to execute the image building process. 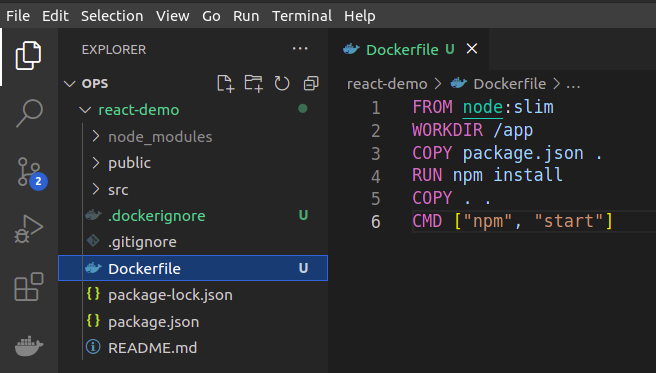 After that create .dockerignore and add below mentioned file to avoid getting copied into to container image while building 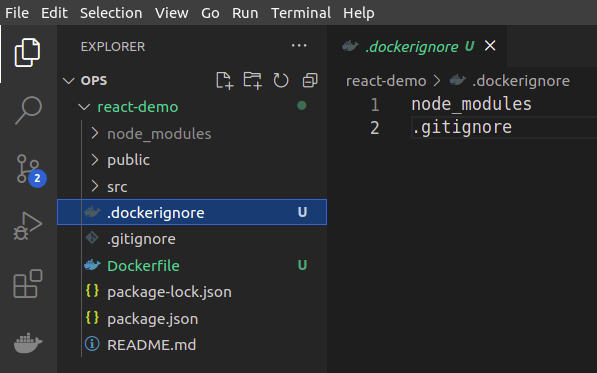 Now you can start building container image using below command

That's it you have created your first container image.

let's run and see the react app using below command

Above react container is running as development server Now we will create production grade image using below docker file. 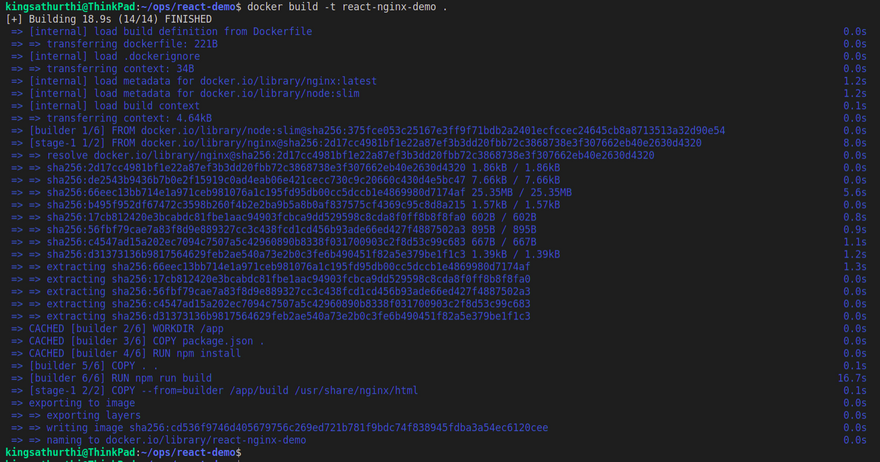 That's it you have successfully created your first multi-stage container image for production.

let's run and see the react app using below command

visit to the locahost (http://localhost) Now you can see the react-nginx-demo app running as container.

That's it for now i hope this blog give you some idea to create production grade container image using multi-stage build process.

The above blog is submitted as part of 'Devtron Blogathon 2022' - https://devtron.ai/
Check out Devtron's GitHub repo - https://github.com/devtron-labs/devtron/ and give a ⭐ to show your love & support.
Follow Devtron on LinkedIn - https://www.linkedin.com/company/devtron-labs/ and Twitter - https://twitter.com/DevtronL/, to keep yourself updated on this Open Source project.

Once suspended, kingsathurthi will not be able to comment or publish posts until their suspension is removed.

Once unsuspended, kingsathurthi will be able to comment and publish posts again.

Once unpublished, all posts by kingsathurthi will become hidden and only accessible to themselves.

If kingsathurthi is not suspended, they can still re-publish their posts from their dashboard.

Once unpublished, this post will become invisible to the public and only accessible to kingsathurthi.

Thanks for keeping The Ops Community ⚙️ safe. Here is what you can do to flag kingsathurthi:

Unflagging kingsathurthi will restore default visibility to their posts.