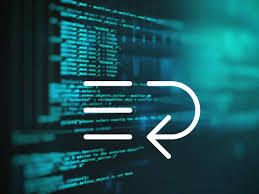 How to Declare Bash Array?

By using the declare command, you can declare both indexed and associative array in the Bash.

Let’s look at its syntax.

For declaring the indexed array, you have to run the declare -a name_of_array command.

Here, declare is the keyword.
-a is option to create indexed array
,and name_of_array is the name of your array.

For Example: To declare an indexed array with name Linux, you have to use the following command:

You can assign any name to the array, as per your requirement.
However, it must have underscore sign, if there are multiple strings in the name.

For Example: To declare an array with name Linux my OS, you have to use the following command:

Further, for declaring the associative array, there’s only slight difference between the command.

declare -A name_of_array is the command for creating an associative array.

You only have to change the option from small a to capital A.

For Example: To declare an associative array with name Linux and Linux my OS, you will run the following command:

Once you have declared the array, its time to store some values in it.

Bash provides multiple ways to put values in the array and allows to add both numerical, alphabetical strings and combination of both in the array.

Let’s have look at it.

my_array=(1 2 3 4) command is used to add numerical value in the array with name my_array.

Once this command gets successfully executed, 1, 2, 3, and 4 gets stored in the array.

You can put any value of your choice.

For Example: To add string value Jan, Feb, Mar and April in the array with name Linux, you have to run the following command:

It will store the string values in your array.

How PVS-Studio for Windows got new monitoring mode

Google Ads Are Slowing You Down

When and Why You Need A Managed Cloud Service

Look beyond UI: UX and Usability

Tarush Arora
A Tech Enthusiast and Learner, turning his writing hobby into a passion and implementing new technologies in real-world projects.
How to Declare and Add Value in Bash Array: Continued
#linux #array #basharray #devops

Once suspended, whotarusharora will not be able to comment or publish posts until their suspension is removed.

Once unsuspended, whotarusharora will be able to comment and publish posts again.

Once unpublished, all posts by whotarusharora will become hidden and only accessible to themselves.

If whotarusharora is not suspended, they can still re-publish their posts from their dashboard.

Once unpublished, this post will become invisible to the public and only accessible to Tarush Arora.

Thanks for keeping The Ops Community safe. Here is what you can do to flag whotarusharora:

Unflagging whotarusharora will restore default visibility to their posts.