Images are a constant source of pain when developing websites. There are many formats and resolutions a developer must consider in order to maximize web performance. You’ll often end up with a cartesian explosion of the same image in different sizes and formats to support different scenarios.

For example, you don’t want to send a high res image meant for high DPI screens to a low DPI screen - you’d be wasting bandwidth and burning time. Using the right file format is equally important. WebP is usually the best choice since it keeps size down, but not all browsers support it.

Automating the Pain Away

Creating all the permutations of every image you need on your site can be time consuming and irritating. At Request Metrics we have a Photoshop template that will do some of the work for us on export, but it’s still a manual step.

What if, instead, we could let NGINX do the heavy lifting for us, and create the necessary images on the fly?

Disclaimer: What follows is more of a proof of concept than a best practice. Like they say in Jurassic Park:

Your scientists were so preoccupied with whether or not they could, they didn’t stop to think if they should.

One Image to Rule Them All

Here’s a big hero image from our web performance guide: 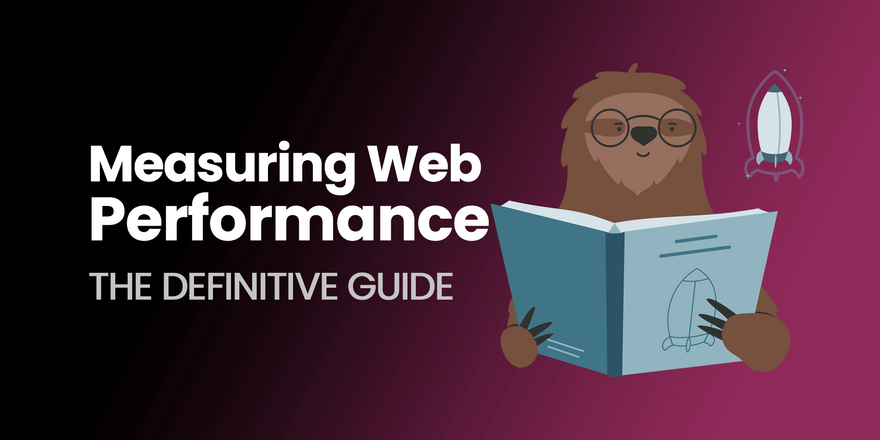 This image is 2000px wide and meant to be used for high DPI screens, like those found on Apple’s retina displays. We often work in PNG format because it’s widely supported by creative tools and browsers.

The problem is this image is huge - both in terms of resolution and file size - weighing in at 350kb.

We’d like to be able to use the srcset property to specify 1x and 2x WebP images if the browser supports it, or fallback to PNG if not:

Essentially, we need four versions of the same image: high res and low res versions of the image in both PNG and Webp format. But we only have a single high res PNG and it’s a lot of irritation to make the other three versions for every image we want on the site. Isn’t this what computers are for - to do the boring work for us?

NGINX Image Module to the Rescue?

NGINX has long had an image module which can be used to resize images on the fly. You can even create endpoints that take custom width and height values.

This is cool, but we don’t want to think about image sizes. We just want a 1x that is half the resolution of the original, whatever that size might be. The NGINX image module also does not support changing file formats. So it doesn’t get us any closer to our WebP format goal either!

ImageMagick can do Everything

What we really need is something like ImageMagick. It’s a library that can read image attributes like width and height, do resizing, and even change format. A veritable swiss army knife for images. But how can we access it from within NGINX? Well, with a bit of trickery.

There’s a large number of binding libraries out there to support ImageMagick from almost any programming language. Luckily there is someone who built one for Lua. Ermm, why do we care about Lua and how does this get us closer to our goal?

NGINX has supported Lua as a scripting language for some time. It’s not usually enabled out of the box, but it’s easy enough to add with a simple module install. And once we have Lua support, we can use that fancy Lua-to-ImageMagick binding we found! Or at least, that’s the theory.

In Ubuntu-land, to enable Lua support for NGINX, use this:

Talking to ImageMagick from NGINX

We’ve got Lua support enabled in NGINX, but we’re not quite done. If we look at the installation instructions for the ImageMagick Lua binding, we need a few more dependencies.

So now that we’ve got all the dependencies, we should be able to talk to ImageMagick directly from NGINX. Let’s see what sort of bad ideas we can come up with!

For all of our images, we’d like the ability to convert them from PNG to WebP automatically. We can create a special location in NGINX to do exactly that for us!

The main thrust is that we’ll set up a special location in NGINX that handles all requests for .webp images. If the image exists on disk, great, we’ll just return it using the first argument of try_files. If it doesn’t, then we’ll look for a PNG of the same name and try and convert it to WebP on the fly!

There’s a bit to unpack here. Let’s start with the top-level location.

This location handles all requests to .webp images. It first looks for the file on disk, and if it doesn’t find it, it delegates to a fallback internal location called @webp.

You may then notice the content_by_lua_block directive. This lets us execute arbitrary Lua code right inside the NGINX conf. There are a few of these directives at various places in the NGINX request/response lifecycle, and there are versions that take a file on disk instead of inline code.

If we have an image, we set the format to webp and quality to 100 and re-save it with the .webp file extension. This effectively converts the PNG to WebP with lossless compression.

Finally we use ngx.exec() to internally redirect to our newly saved WebP file! Subsequent requests will skip all this Lua code and just be served the file from disk.

We can now convert PNG to WebP on the fly, and with good performance! But we also want to create lower res versions automatically when required. We can accomplish this with a few more lines of code in a new Lua block.

When we say 1x or 2x images we’re really talking about the devicePixelRatio. That is, the ratio of one CSS pixel to one physical pixel. So, let’s say our website is 1000px wide as defined in CSS. On a retina device with a 2x device pixel ratio, we need a 2000px wide image to fill that space without the browser upscaling it.

However, if the user isn’t using a high resolution display, it would be better to send them the “1x” version of the image - one that is 1000px wide. This will save bandwidth and time on the wire. Since we only want to deal with a single image, we only make a high resolution version, and we’ll let NGINX resize it to the lower resolution automatically.

Inside our site configuration we can do something like this:

The main difference from the previous code is that we interrogate the image for it’s width and height, and then we divide those values by two to make a 1x image.

The WebP images are even more compact! The 2x image is only 110kb , and the 1x image is 108kb (not nearly as big of a savings due to the nature of WebP’s compression).

It’s not much work to configure your NGINX static content server to do image conversions for you. The Lua script is only executed once per image so there should not be undue pressure on the server itself. And getting 2-3x smaller payloads for “free” is something everyone can get excited about!

Does it Make a Difference?

The only way to find out is to use a product like Request Metrics to measure the real performance numbers for your site. Find out what actual users are experiencing and if your changes are making a difference!

Did My Change Contribute to that Incident?

The big 3 observability tools: Datadog vs New Relic vs Splunk

Request Metrics is the simplest, fastest, and most affordable way to monitor your website performance.

Once suspended, requestmetrics will not be able to comment or publish posts until their suspension is removed.

Once unsuspended, requestmetrics will be able to comment and publish posts again.

Once unpublished, all posts by requestmetrics will become hidden and only accessible to themselves.

If requestmetrics is not suspended, they can still re-publish their posts from their dashboard.

Once unpublished, this post will become invisible to the public and only accessible to Todd H. Gardner.

Thanks for keeping The Ops Community ⚙️ safe. Here is what you can do to flag requestmetrics:

Unflagging requestmetrics will restore default visibility to their posts.