We all want to reduce toil and improve the developer experience (when starting new applications or joining the team). Developers have had to invest significant time in creating production-ready pipelines when building new products and configuring their workstations when joining teams. Their workstations may not run all the same tests as their pipeline and thus they’re left with #slowfeedback and an inconsistent experience.

The larger the organization (ie Enterprise with 10’s-100’s of teams and applications) the worse the problem gets.

GSD is built on the principle of reusability through a pattern called 3 Musketeers (test, build, and deploy your apps from anywhere, the same way). It gives consistency, control, and confidence to development teams.

Docker is a key part of this pattern, but the use of docker, docker-compose and make together really unlock the powers of consistency, control and confidence in your application build, test and deploy steps. The 3musketeers Docs have some great examples of these patterns. 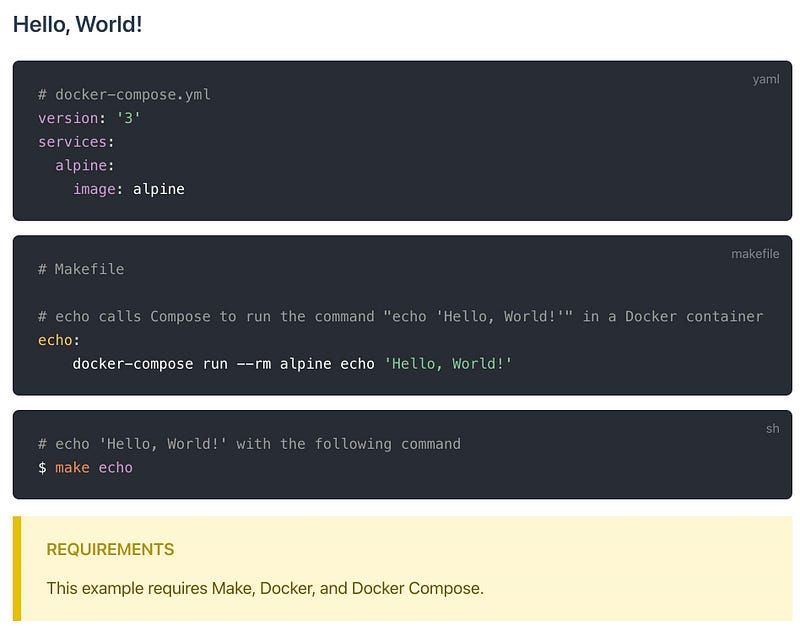 While the pattern itself is simple, the power (and benefit) comes from the widespread usage across your organization. Here’s what usage might look like: 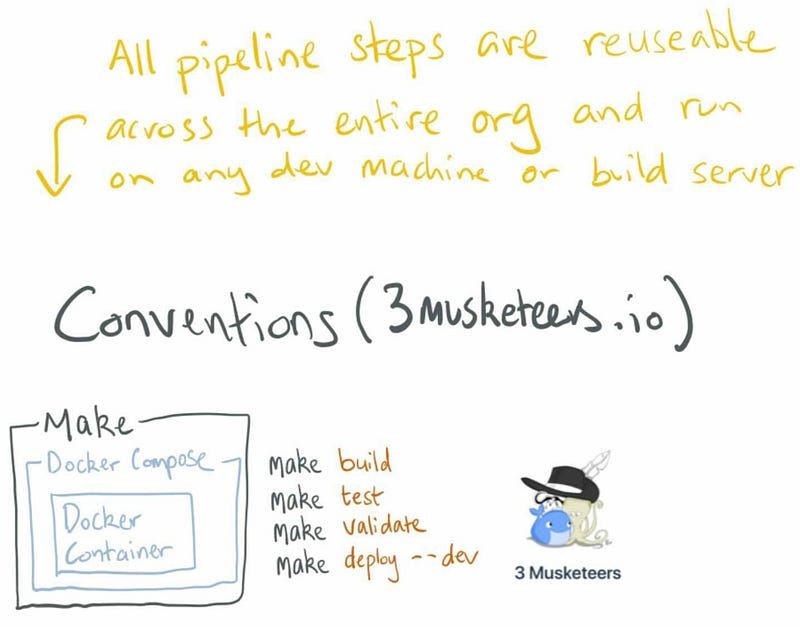 Wins: Modern pipelines already support running steps in docker containers. This pattern extends portability across almost any pipeline tool or development workstation and runs the same way in every single environment. Pipeline steps can be tested independently and reused. This pattern makes it easy to go one step further and generate pipelines on-demand based on boilerplate starter templates. Oh yeah, and #fastfeedback (we’re talking pre-commit).

Also posted on medium as 3 Musketeers for an epic Developer Experience.

Configuring AKS to read secrets and certificates from Azure KeyVaults

Once suspended, drewkhoury will not be able to comment or publish posts until their suspension is removed.

Once unsuspended, drewkhoury will be able to comment and publish posts again.

Once unpublished, all posts by drewkhoury will become hidden and only accessible to themselves.

If drewkhoury is not suspended, they can still re-publish their posts from their dashboard.

Once unpublished, this post will become invisible to the public and only accessible to Drew Khoury.

Thanks for keeping The Ops Community ⚙️ safe. Here is what you can do to flag drewkhoury:

Unflagging drewkhoury will restore default visibility to their posts.