DevOps defines an agile relationship between operations and Development. It is a process that is practiced by the development team and operational engineers together from beginning to the final stage of the product. 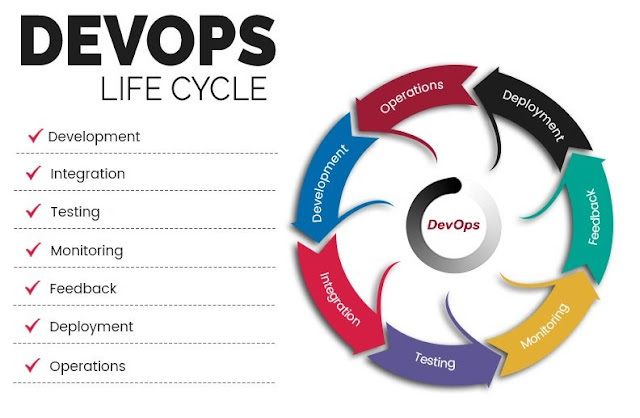 This phase involves the planning and coding of the software. The vision of the project is decided during the planning phase. And the developers begin developing the code for the application. There are no DevOps tools that are required for planning, but there are several tools for maintaining the code.

This stage is the heart of the entire DevOps lifecycle. It is a software development practice in which the developers require to commit changes to the source code more frequently. This may be on a daily or weekly basis. Then every commit is built, and this allows early detection of problems if they are present. Building code is not only involved compilation, but it also includes unit testing, integration testing, code review, and packaging.
The code supporting new functionality is continuously integrated with the existing code. Therefore, there is continuous development of software. The updated code needs to be integrated continuously and smoothly with the systems to reflect changes to the end-users.
Jenkins is a popular tool used in this phase. Whenever there is a change in the Git repository, then Jenkins fetches the updated code and prepares a build of that code, which is an executable file in the form of war or jar. Then this build is forwarded to the test server or the production server.

This phase, where the developed software is continuously testing for bugs. For constant testing, automation testing tools such as TestNG, JUnit, Selenium, etc are used. These tools allow QAs to test multiple code-bases thoroughly in parallel to ensure that there is no flaw in the functionality. In this phase, Docker Containers can be used for simulating the test environment.
Selenium does the automation testing, and TestNG generates the reports. This entire testing phase can automate with the help of a Continuous Integration tool called Jenkins.

Automation testing saves a lot of time and effort for executing the tests instead of doing this manually. Apart from that, report generation is a big plus. The task of evaluating the test cases that failed in a test suite gets simpler. Also, we can schedule the execution of the test cases at predefined times. After testing, the code is continuously integrated with the existing code.

It may occur in the form of documentation files or maybe produce large-scale data about the application parameters when it is in a continuous use position. The system errors such as server not reachable, low memory, etc are resolved in this phase. It maintains the security and availability of the service.
The continuity is the essential factor in the DevOps as it removes the unnecessary steps which are required to take a software application from development, using it to find out its issues and then producing a better version. It kills the efficiency that may be possible with the app and reduce the number of interested customers.

In this phase, the code is deployed to the production servers. Also, it is essential to ensure that the code is correctly used on all the servers.
The new code is deployed continuously, and configuration management tools play an essential role in executing tasks frequently and quickly. Here are some popular tools which are used in this phase, such as Chef, Puppet, Ansible, and SaltStack.

Containerization tools are also playing an essential role in the deployment phase. Vagrant and Docker are popular tools that are used for this purpose. These tools help to produce consistency across development, staging, testing, and production environment. They also help in scaling up and scaling down instances softly.

Containerization tools help to maintain consistency across the environments where the application is tested, developed, and deployed. There is no chance of errors or failure in the production environment as they package and replicate the same dependencies and packages used in the testing, development, and staging environment. It makes the application easy to run on different computers.

All DevOps operations are based on the continuity with complete automation of the release process and allow the organization to accelerate the overall time to market continuingly.

It is clear from the discussion that continuity is the critical factor in the DevOps in removing steps that often distract the development, take it longer to detect issues and produce a better version of the product after several months. With DevOps, we can make any software product more efficient and increase the overall count of interested customers in your product.

Once suspended, priteshbhoi will not be able to comment or publish posts until their suspension is removed.

Once unsuspended, priteshbhoi will be able to comment and publish posts again.

Once unpublished, all posts by priteshbhoi will become hidden and only accessible to themselves.

If priteshbhoi is not suspended, they can still re-publish their posts from their dashboard.

Once unpublished, this post will become invisible to the public and only accessible to Pritesh Bhoi.

Thanks for keeping The Ops Community safe. Here is what you can do to flag priteshbhoi:

Unflagging priteshbhoi will restore default visibility to their posts.