Hi everyone! It's been a while since I joined this community. So, yesterday I started to learn about Jenkins. Maybe you're familiar with it, especially for DevOps and maybe it's too late for me :) but yeah, I'm in progress now.

Jenkins – an open source automation server which enables developers around the world to reliably build, test, and deploy their software

Then, instead of learning by myself. I thought about what if I share about what I'm currently learning. So, maybe I can get some suggestions to make me better and I hope I'll get it from you. Feel free to leave a comment.

Alright! The first step before we install Jenkins, we have to set up virtual machine where Jenkins will be installed. So, we wouldn't go with localhost but host the VM on cloud. I used AWS EC2 instance, but you can use anywhere that you want. I'll tell you the main points of setting up VM for Jenkins in a second below.

1. Create Security Group (Firewall Rules)
Because we host on the cloud. So, we have to allow two ports as we need. Port 22 to remote host and another port for Jenkins. On this first try, I won't change anything. Then, I'll use the default port which is 8080.

3. Pre-install Jenkins
We need some packages to be installed to support our Jenkins operation like integrating with GitHub and many more. The two important things are Git and Java. Because Git already installed by default on EC2 Ubuntu, I'll continue to install Java.
(I don't know you have same condition as me or not but if Git is not installed yet, you can run $ sudo apt install git as usual)

5. Access Jenkins Dashboard
Go to http://your-ip:port, for example: http://108.137.62.173:8080. Then, you'll be asked to enter password. The password is placed on web root directory or it'll be shown as you can see below. In this step, we're not going to install any plugin cause I wanna do that only when we need it. I'll tell you on the next step later. 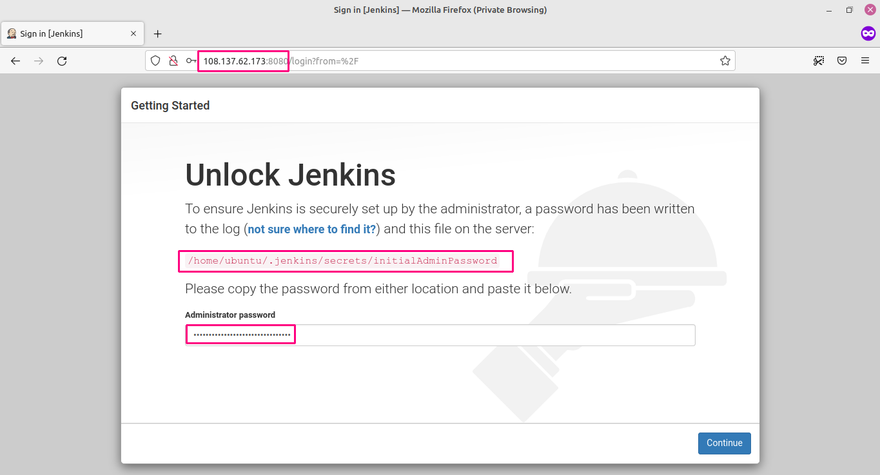 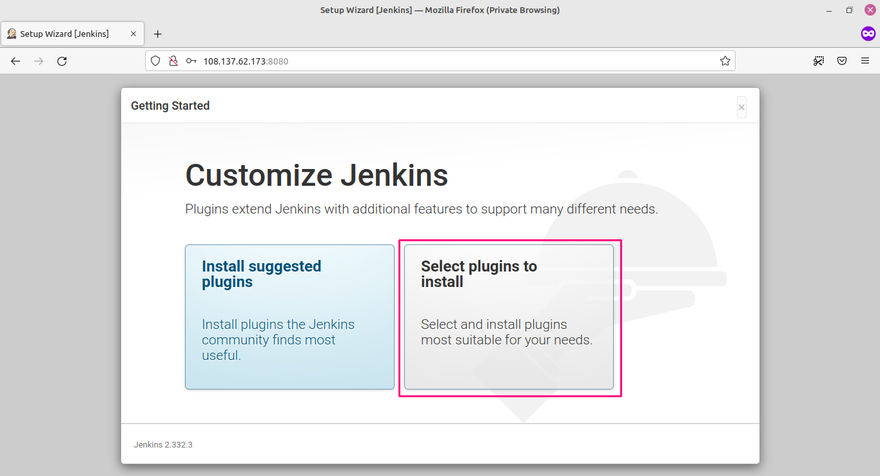 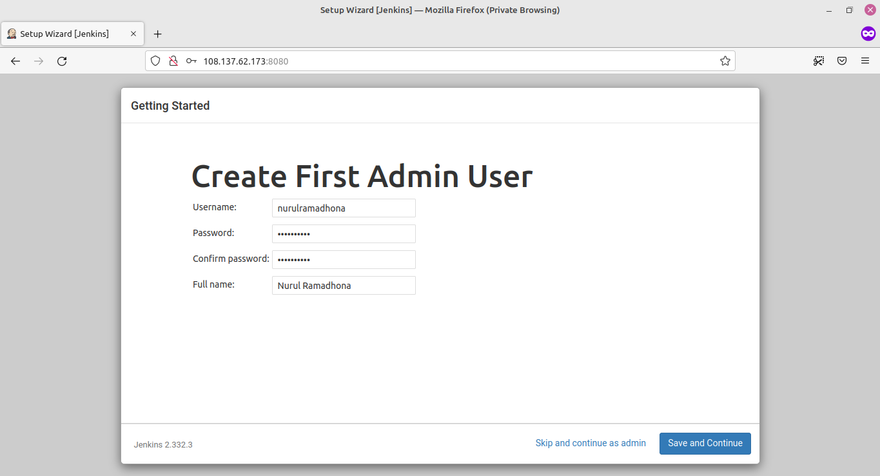 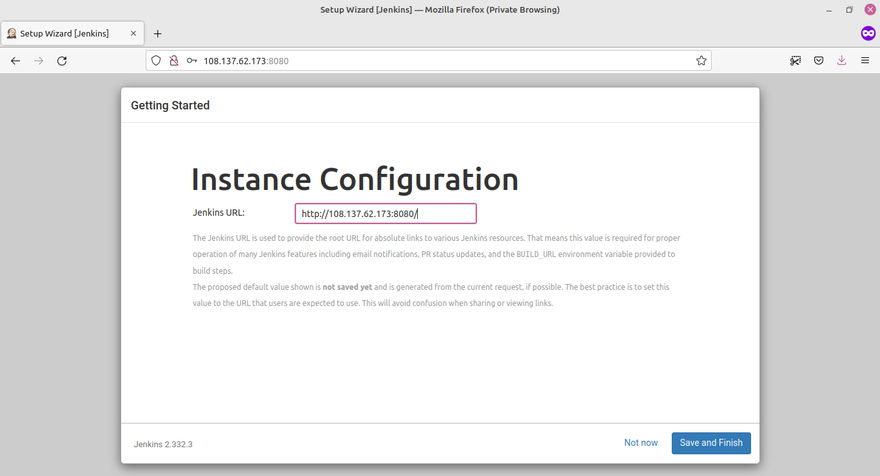 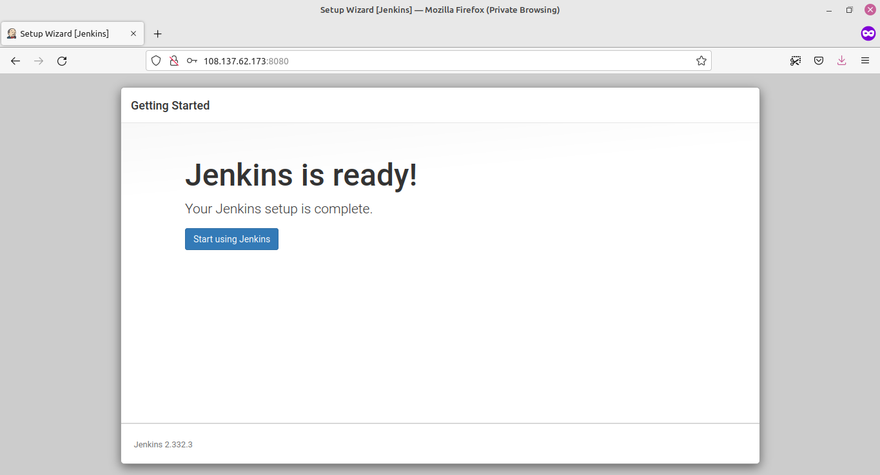 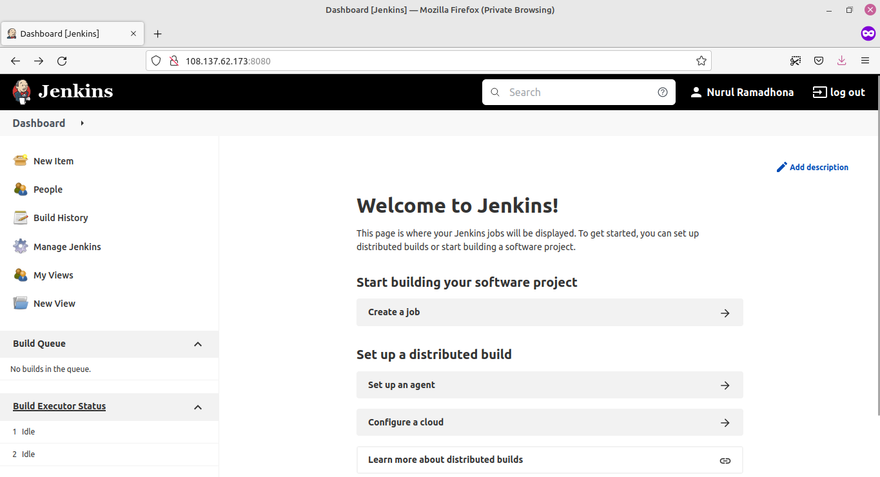 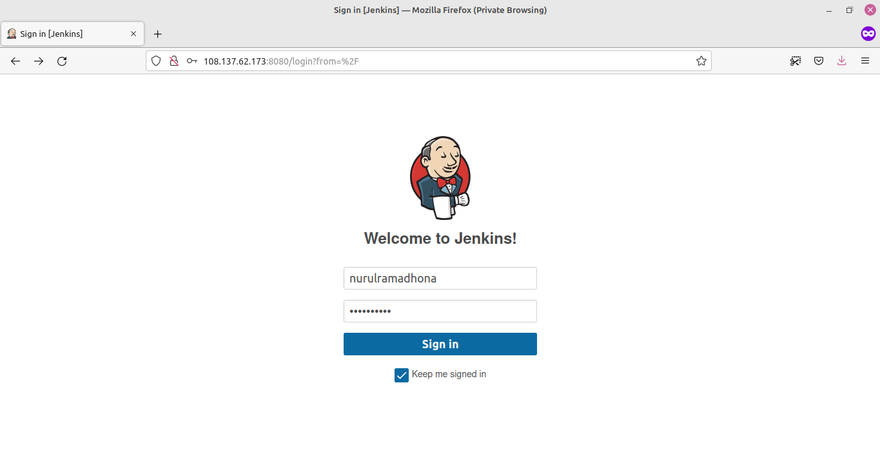 Alright, that's it for now! Any feedback are very welcome and thank you for coming. Follow me to get notified when new post is published by me! Thank you.

Let's continue to the next part!

Once suspended, nurulramadhona will not be able to comment or publish posts until their suspension is removed.

Once unsuspended, nurulramadhona will be able to comment and publish posts again.

Once unpublished, all posts by nurulramadhona will become hidden and only accessible to themselves.

If nurulramadhona is not suspended, they can still re-publish their posts from their dashboard.

Once unpublished, this post will become invisible to the public and only accessible to Nurul Ramadhona.

Thanks for keeping The Ops Community safe. Here is what you can do to flag nurulramadhona:

Unflagging nurulramadhona will restore default visibility to their posts.